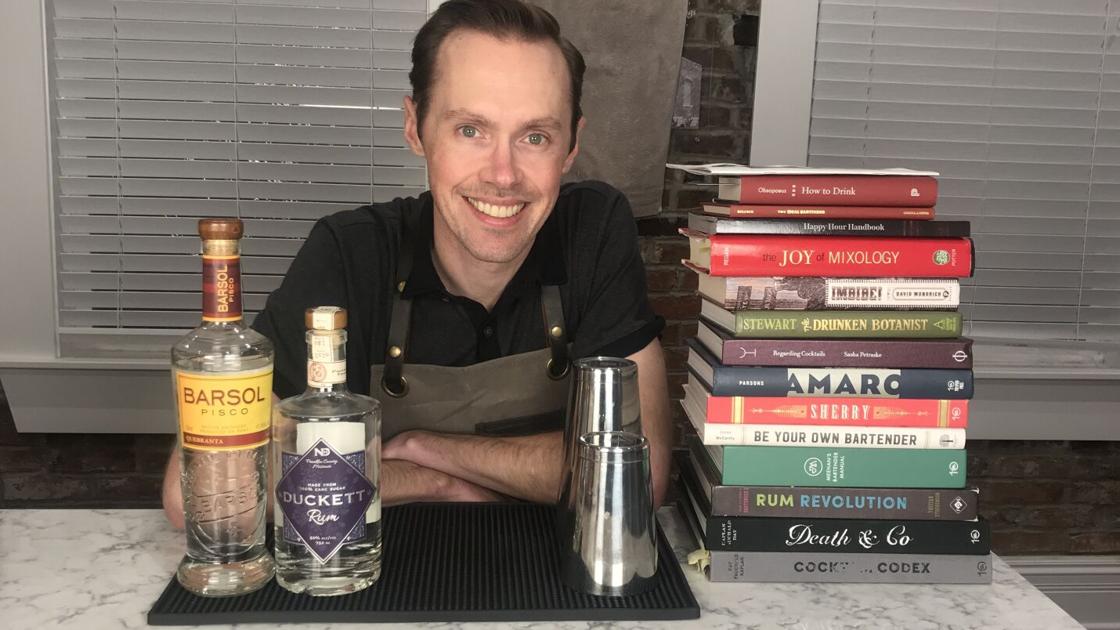 “I just remember a very tiny menu with a bunch of ingredients I didn’t understand,” he says. “It invoked a bunch of mysticism.”

Suddenly, LeBeau wanted to learn a lot more about cocktails. For his birthday, his girlfriend at the time gifted him a private bartending lesson at Sanctuaria, which kick-started his journey to eventually founding Decoding Cocktails, a company working to simplify at-home cocktail-making.

Decoding Cocktails operates in a few different ways. For one, LeBeau creates videos that will walk you through how to make drinks such as an Oaxacan Old Fashioned, Sidecar or French 75, just to name a few. LeBeau is also an instructor-for-hire: You can bring him in to teach your friends, family or even company how to make a drink.

Although he’s not formally trained, LeBeau has befriended some of St. Louis’ best bartenders and read all of the books that they’ve recommended. Then, of course, came lots of practice, including messing up plenty of drinks at home. Today, he encourages his clients to make cocktails with the ingredients they have on hand, even if they’re missing something, or to swap an ingredient based on personal preference.

“The drink will not kill you and the cocktail police will not come to your house if you don’t make it perfectly,” he says.

And if you have a few bottles of random spirits that have been collecting dust, LeBeau can help with that, too. For $150, LeBeau will spend 45 minutes auditing your home bar and showing you what you can do with all of those bottles.

“I’ll tell you what you can do with that stuff, because there’s no reason to run out to the liquor store – even though it’s a lot of fun – if you already own a bunch of stuff,” he says. “Why not learn to use what you already have?”

To learn more about LeBeau’s cocktail classes or to book him for an event, head to the Decoding Cocktails website.