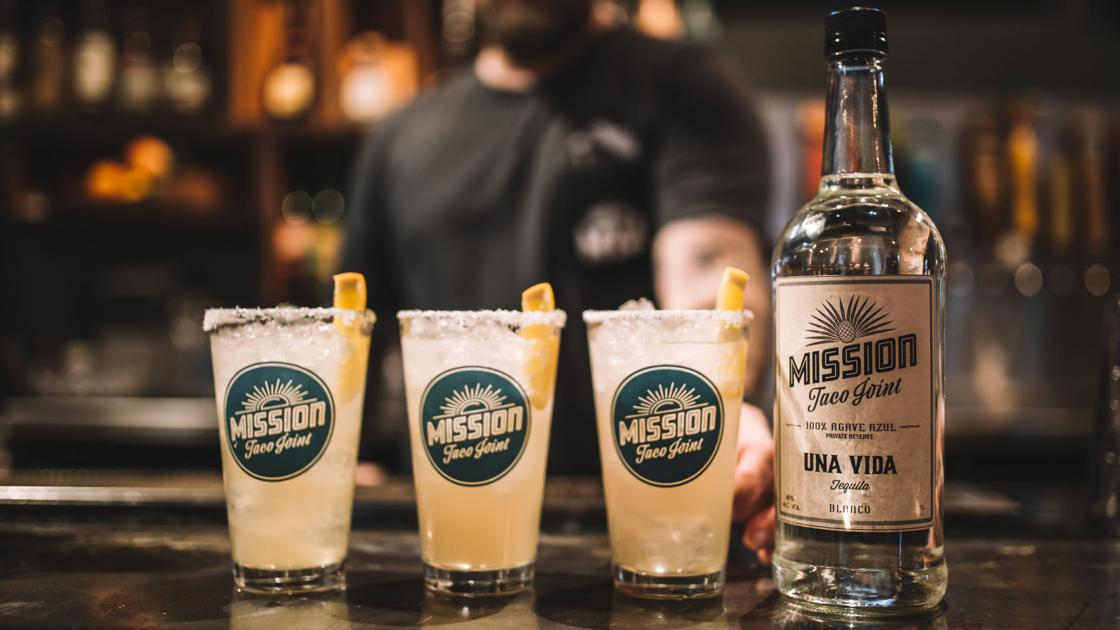 Mission Taco Joint now has a tequila to call its own.

The “Mexi-Cali” restaurant group, which operates locations in the Kansas City and St. Louis areas, has teamed up with St. Louis-based Una Vida Tequila to create a new private-label tequila specifically for the restaurant.

Una Vida makes three kinds of tequila: an unaged tequila blanco, a “rested” tequila reposado, which is aged for six months in white American oak whiskey barrels, and an aged tequila añejo that spends 18 months in those same barrels. All of their tequilas are made in Mexico, but they are distributed mainly across the Midwest.

Una Vida co-owner Zach Conley says that the tequila made for Mission Taco Joint was selected from about 20 different tequila blanco profiles. Mission Taco Joint beverage director Kyle Harlan and the Una Vida team went for a tequila blanco that was agave-forward – which Conley says Harlan likes in particular – but also complemented the flavors in the fan-favorite Mission Margarita.

“It’s something that you can still drink on its own, and blends very, very well in their Margarita,” Conley says.

According to a press release, the Mission Margarita accounts for 70 percent of beverages sold at Mission Taco Joint.

The tequila will also be available as the late-night happy hour shot special at all six Mission locations.